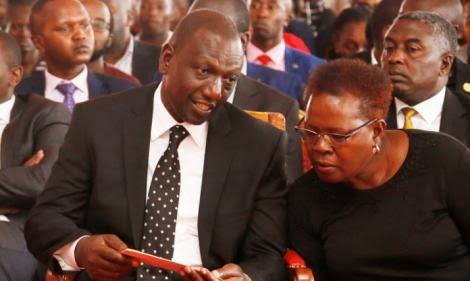 Immediately William Ruto was sworn in as the 5th President of the Nation, he started focusing on his Cabinet and it didn’t take him many days before he named his Cabinet. It was a strong Cabinet that included many of his allies and long term friends with one of them being Alice Wahome.

Before she was named as the Water, Sanitation and Irrigation CS, Alice Wahome was the Kandara MP and thus, it forced her to resign from that position thus creating a vacuum which will be filled through a by-election.

Ahead of that by-election, things seem to be boiling up in Kandara constituency as Ruto’s Water CS was put on the spot after UDA party members protested against her latest move to dictate to them who to elect to fill her position.

According to K24 TV, the UDA members now want Alice Wahome to keep off from the nominations for the Kandara by-election so that the people make their own choice on who they want to lead them. 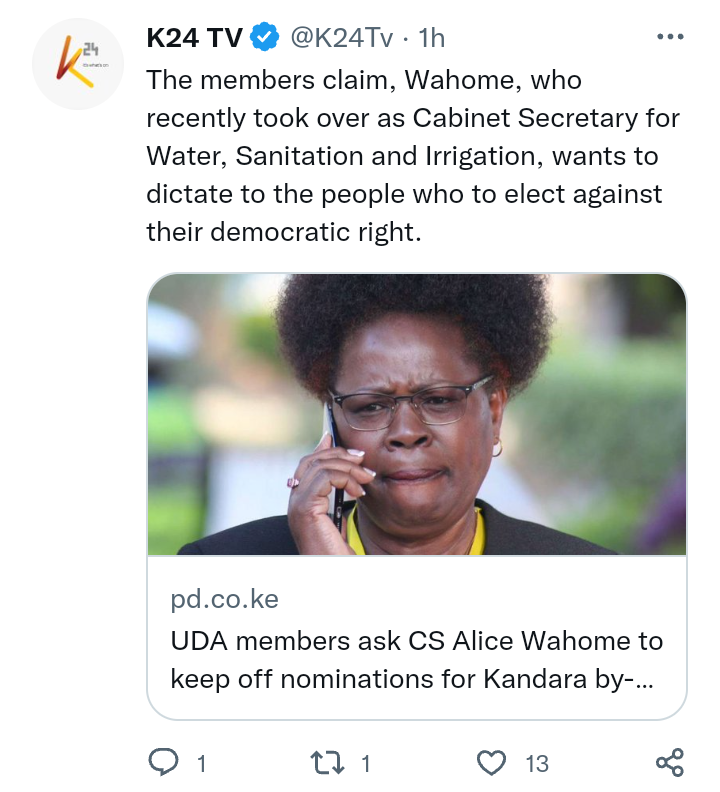 Content created and supplied by: Ben_Wachira (via Opera
News )