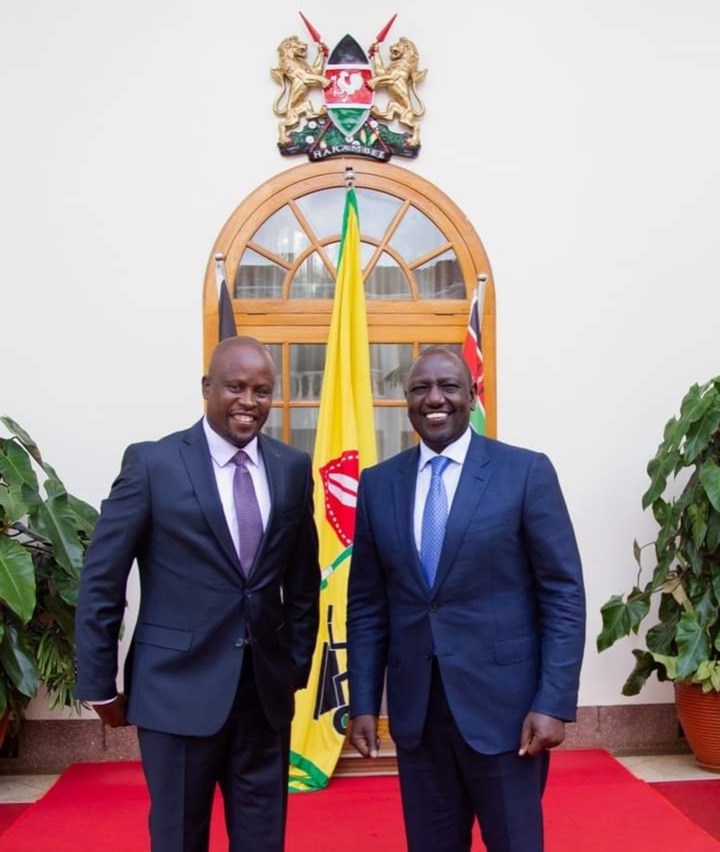 A file photo of president William Ruto with Kanini Kega.

Among them is former Kieni Constituency Member of Parliament Honourable Kanini Kega who is a diehard supporter of the Azimio la Umoja One Kenya Alliance.

He was accompanied to State House by his Azimio la Umoja One Kenya Alliance counterpart Sabina Wanjiru Chege who is the immediate former Murang’a county woman representative as well as a nominated Member of Parliament. 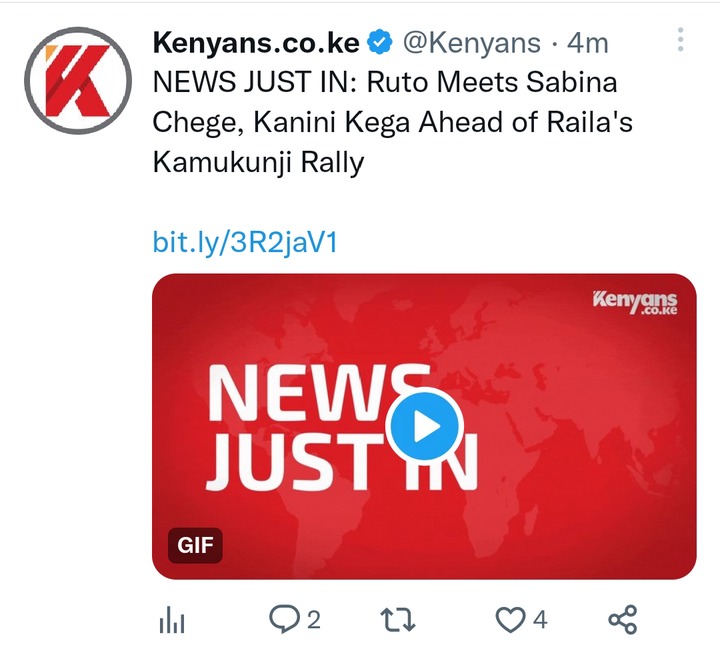 They were escorted to State House Nairobi by His Excellency the Deputy President Rigathi Gachagua who had met them last week at his official Harambee Annex offices in Nairobi.

This comes at a time when the recent revelation that Azimio la Umoja-One Kenya leader Raila Odinga may have won the August 9, 2022 general election, seems to have shaken Kenya Kwanza leaders who blame him for threats.

The disclosure allegedly made by an employee of the Independent Electoral and Boundaries Commission (IEBC), shows that Mr Odinga won the election with 8,170,353 votes which is 57.3 percent against Dr William Ruto who got 5,915,973 votes or 41.66 percent of the presidential votes.

Content created and supplied by: K-News.Co.Ke (via Opera
News )