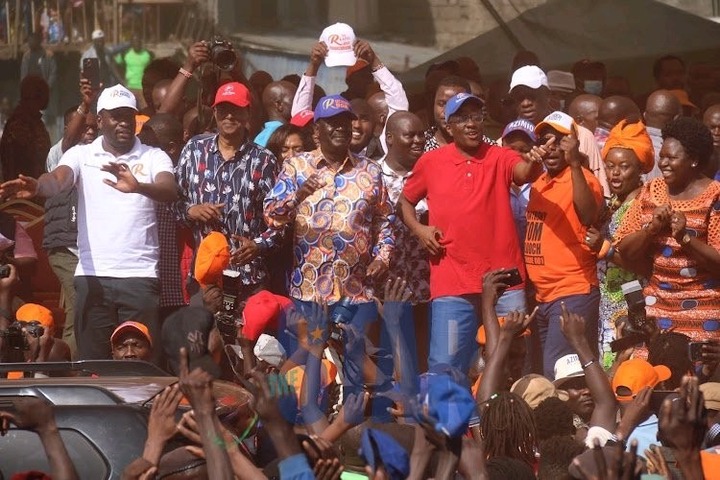 Unbowed William Ruto, the Deputy President of Kenya, has weighed in for the first time on the controversy surrounding Raila Odinga’s planned mega-rally in Kamukunji on Monday. Raila, who had been performing in South Africa as part of a tour, had flown back into the nation just a few hours before. Speaking today from Mount Kenya, Deputy President William Ruto underlined that he will continue to carry out his responsibilities in accordance with the constitution despite the planned protests that will be led by Raila. According to him, any efforts made by Raila to have some sort of influence over his administration will be for naught.

Raila is expected to be addressing Kenyans from Kamukunji. This is something he has been constantly promising Kenyans for all this period. As we speak, he has issued President William Ruto with one condition ahead of tomorrows event. According to evening news, it has been revealed that Raila wants Ruto to provide him with security when he will be doing his things. “Muungano wa Azimio yataka serikali kuwapa ulinzi wa kutosha kwenye mkutano wao wa kisiasa utakaoandaliwa hapo kesho katika uwanja wa Kamkunji Nairobi,” the Source revealed ahead of tomorrows event.

Content created and supplied by: Onion (via Opera
News )